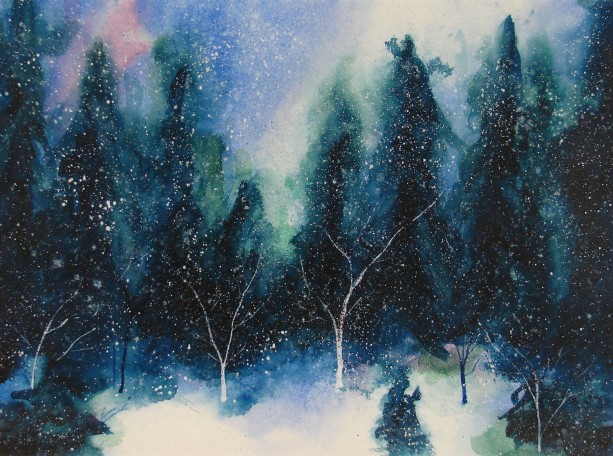 The room, with the thin concrete walls, was engulfed in a blizzard of cold air after she was gone. He had not realized initially, that it was not his threadbare blanket that kept him cozy at nights; but her warm, selfless body of immense light, holding him, heating him.

Life is a cruel master sometimes as we toil through the days, sometimes met with insurmountable pain. Life brandishes its whip of a hundred sins, inflicting us with these bright red wounds. Its not the castigation of pain to flesh that torments us, but the consequences we all face after the blood has run dry.

He knelt on the cold, unfeeling floor, in a plea hidden by the four walls closing in on his guilt. Face buried in the pillow, he caught a faint trace of her scent. It smells like cherry blossoms and a tinge of regret in the winter snow.

Her smell was light, breezy, but definitely evoking.

It was a night of heavy winter. She wore a beautiful summer dress with floral prints, had her hair in a loose chignon. Picnic basket in her hand, she went. The lake was frozen over, with only a fishing hole dug out for the villagers to get their food. It wasn’t a big cavity, but it was big enough for her.

Basket down, sitting calmly on the thick ice, it was a picturesque facade. Yet below, the lake was murmuring, sing to the tune of the relentless howls of wind.

A tear slid down her porcelain cheek, the only trail of warmth in the unspeakable weather. Humming, smiling, crying, she flung herself down into the watery abyss, the footprint of her scent scattered through the daunting cold.

Like a snowflake that meandered down a lonely stream, it dissipated to become one with the fluid, forming just another star in the vast universe.

A villager found the basket the next day when the winds have died down, along with her demise. There were two perfectly cut ham and cheese sandwiches, a bottle of wine, and a note that wrote:

“It was summer when you first said you loved me. And I wish, summer never went away.”