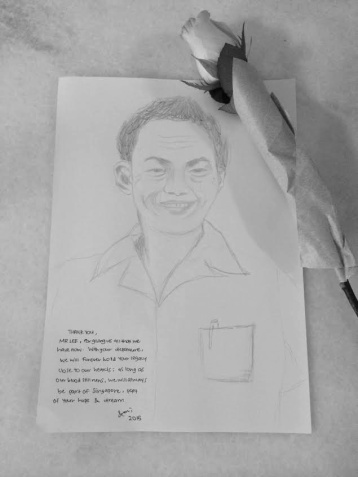 I know, everyone’s been writing one for this great man. I guess my command of English is ludicrous as compared to many. But well yes I still want to share my humble letter to this man, because he deserves it.. much more than it.

So I am the 90s kid, (early 90s mind you), and I don’t remember much of my childhood except the playgrounds where my mother will leave me to roam about, the 10cents chocolate candy and my dreaded chinese lessons. And of course my grandfather. He brought me to many countries, but I was too young to fully understand the culture and economical difference back then.

In my secondary school days, I was a rebellious and problematic teenager who did not even remember what was the name of the President then? But I loved reading and my passion for that has helped me to bring home an A1 for my social studies, probably to make my f9 E and A math look good. So there it was, my first encounter with Lee Kuan Yew.

Back in those days, “The merger and separation of Sg with MY” was like the hottest examination topic, and I knew I’d ace the paper if I can memorize the whole chunk of “Common market not established”, “racial riots” and the likes. But in my textbook I saw the photo of a man in his younger days, a garland around his neck, beaming and waving to the crowd.

I was like “Oh, wow Gong Gong (my grandfather) resembles him!” And yes… that was the first time I actually studied Lee Kuan Yew. My study on him thus began, and I grew to appreciate what he has done for Singapore. (as well as the shiny A1 on my report card)

But it was all just ink on paper that told of his merits. Recession hit, and everywhere I hear people complaining about inadequacy. Monkey see, Monkey do; everyone started to grow just a tad bit conceited and greedy. And I followed suit. Not that I stood at the Parliament house and held up a board for a strike, but I was compelled to follow everyone and grumble incessantly about every bill, every decision, every project, every hiccup that came up.

Until I started to grow up, did I actually traveled.  No, I haven’t been around the world (working on it), but travel like, feeling and immersing in the country’s culture, their way of life. Epiphany came like a snap of fingers and these are the few comparisons that really opened my eyes:

– Yes let’s have a drink from the tap, I’m thirsty. Oh WAIT. You can’t do that, the water’s not treated. Oh damn.
– Where’s the cab??? Ok never mind, where’s the nearest bus stop?
– OMG how do I drive???? There’s no street light????
– What do you mean I can’t leave my bag in the car. Car theft???? >.>
– Why do I need this pepper spray for?
– Oh fuck I just stepped on gum again.
– WHAT? That rude waitress deserves to be scolded but I CANT BECAUSE SHE’S THE “ELITE RACE” in this country???
– Ok you got to stop being racist here.
– No no, it’s not “I am going to bath” It’s “I am going to bathe”… You need to at least know some conversational English, bro, its good for you.

I am pretty sure many of us who are well traveled will know all these. It’s kind of like a non verbal unified agreement;

We just fall in love with our pink IC. And we proudly say “Yes, I am from Singapore”. Not to forget, it was just a mere, living breathing man who made all these possible for us. I can’t even control a sim family of 8.

So as I was standing there just now, at the Senja CC tribute, I watched the video of how Mr Lee planted his first tree, second, third, so vigorously and happily. It was beautiful. Until when he was old and fragile, but even so, with his shaking hands, watered the trees that are now strong and sturdy.

Like our country. Our Singapore. And that analogy made me cry like a pussy but I didn’t care. I watched the scene of him weeping about the separation from Malaysia over and over again. I could almost feel the heartache. I felt it was so beautiful and the love he had for Singapore was so immense It made me ashamed of how little I contributed to anything at all.

That being said, no beautiful words can perfectly convey my gratitude. (Maybe it’s just because my vocab is limited).
I just hope that from this moment on, Singaporeans will truly keep a piece of him in their hearts forever, and help each other out more often. Don’t take pictures of stupid things and post it on Stomp, don’t bully and ostracize each other.

Because we’ve only got each other now. And we have the most important mission ever and that is to protect and keep his pride and joy running, to bring it to greater heights.
Thank you Mr Lee. I don’t know you, but I know all about you. Thank you for everything that you have done. I am not an extremely hardworking nor intelligent Harvard graduate but I will be brave, follow my dreams and put other people’s interest before mine. I will always remember to be appreciative, to be grounded and to always be kind.

Hi guys, let me add another tribute to the overflowing ones on your dash.

This is the first tribute I have written for an actor, and honestly I admit I did not watch too many of the films he starred in. But when I saw his photo popping up all over my dash I knew one thing for sure: 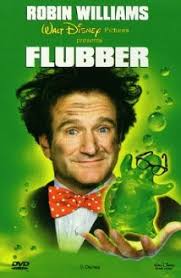 THIS WAS MY FAVORITE MOVIE WHEN I WAS LIKE SOME FUCKING SMALL KID!!! Its beautiful, its funny and it made me cry like mad. I’m sure it was to many other people too. Come on who can resist this lil green squishy thing.

Robin Williams kinda made me think of my grandfather and I really hope them both are off to a happy place now.
He will always be dearly missed by those who love him, and memories held close in the beating hearts of those who will live on his legacy.